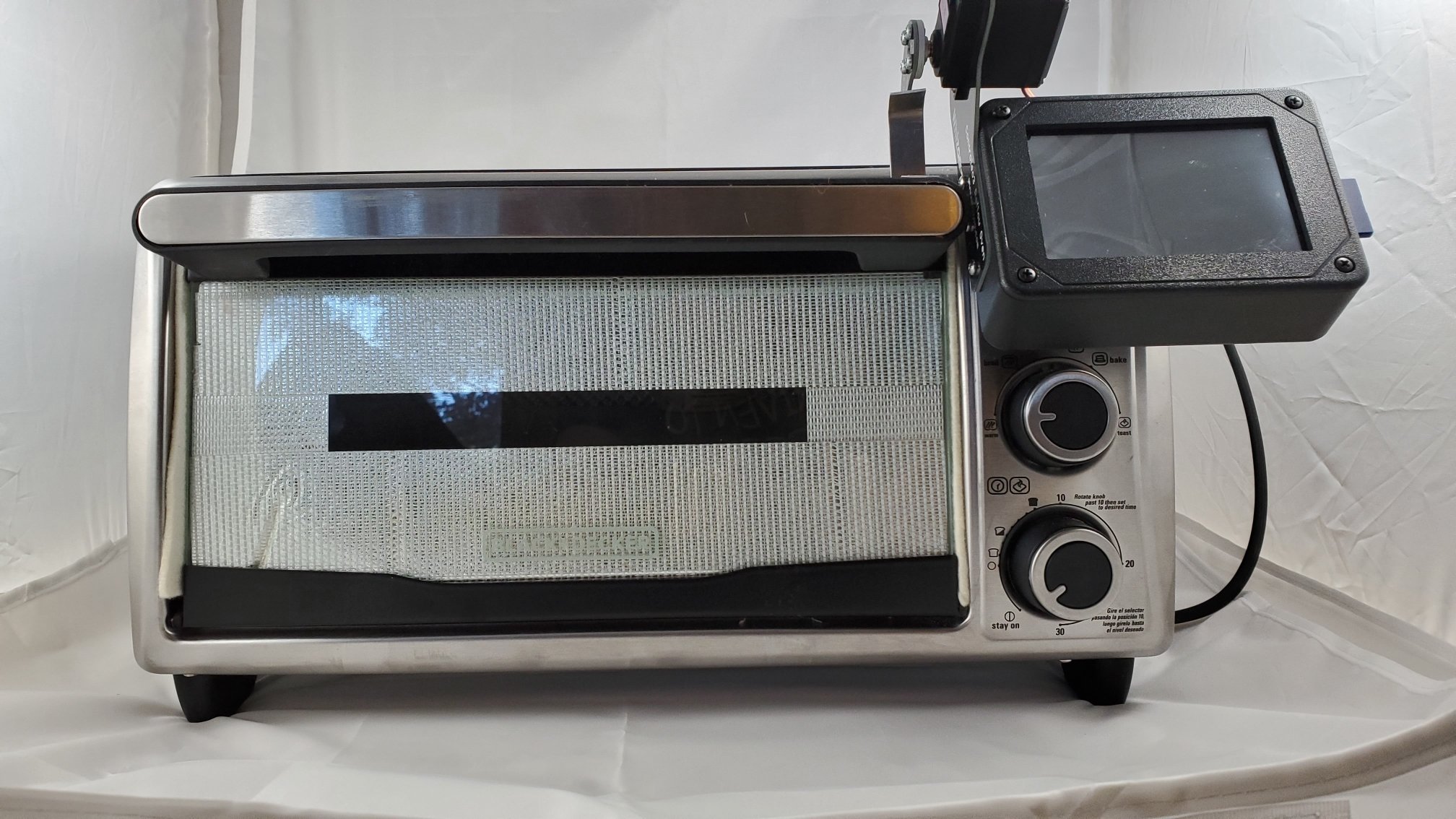 The Controleo3 is a DIY reflow oven kit made & sold by Whizoo. It allows anyone to transform a toaster oven into a reflow oven, with a standard kit containing a thermocouple, three solid-state relays, a touch screen controller, insulation, and all the assorted bits that are required to wire it all together. The kit does not include a toaster oven but the build guide is written around the Black & Decker TO1303SB. The Controleo3 is similar to a product like the Chinese-made T962 reflow oven except it does not use infrared heating elements & has a far better user interface.

During my initial attempt at building one, I ended up damaging the top heating element and having to replace it. This post aims to provide some guidance for people who may find themselves in the same situation.

In step 9 of the build guide the oven is fitted with Floor & Tunnel Shield II - an adhesive backed heat barrier that helps keep the generated heat from escaping out of the top, rear, & bottom metal panels of the oven. The adhesive used is some of the strongest I've ever dealt with and once placed becomes very difficult to move. When placing the top piece of shielding, I made the mistake of fully exposing the adhesive side before moving the shield into place and promptly got stuck with the shield sticking partially out the front of the oven. While trying to pull it back out, I pulled on the top element - bending the metal cage surrounding it and shattering the quartz piece that surrounds the resistive heating coil.

After cursing & panicking that I may have just cost myself some time & money with my mistake, I reached out to Whizoo to see if they recommended completely starting over or just buying a second oven to poach a new element from. They recommended the latter so I ran out to Big Lots & picked up a new oven.

To do the repair, you will need the following items, with approximate costs as of August 2020. The silicone gasket remover may not be entirely necessary, but I thought it was worthwhile to have. If you do not have any Hi-Temp RTV from the earlier assembly, you will also need to buy a new tube of it. 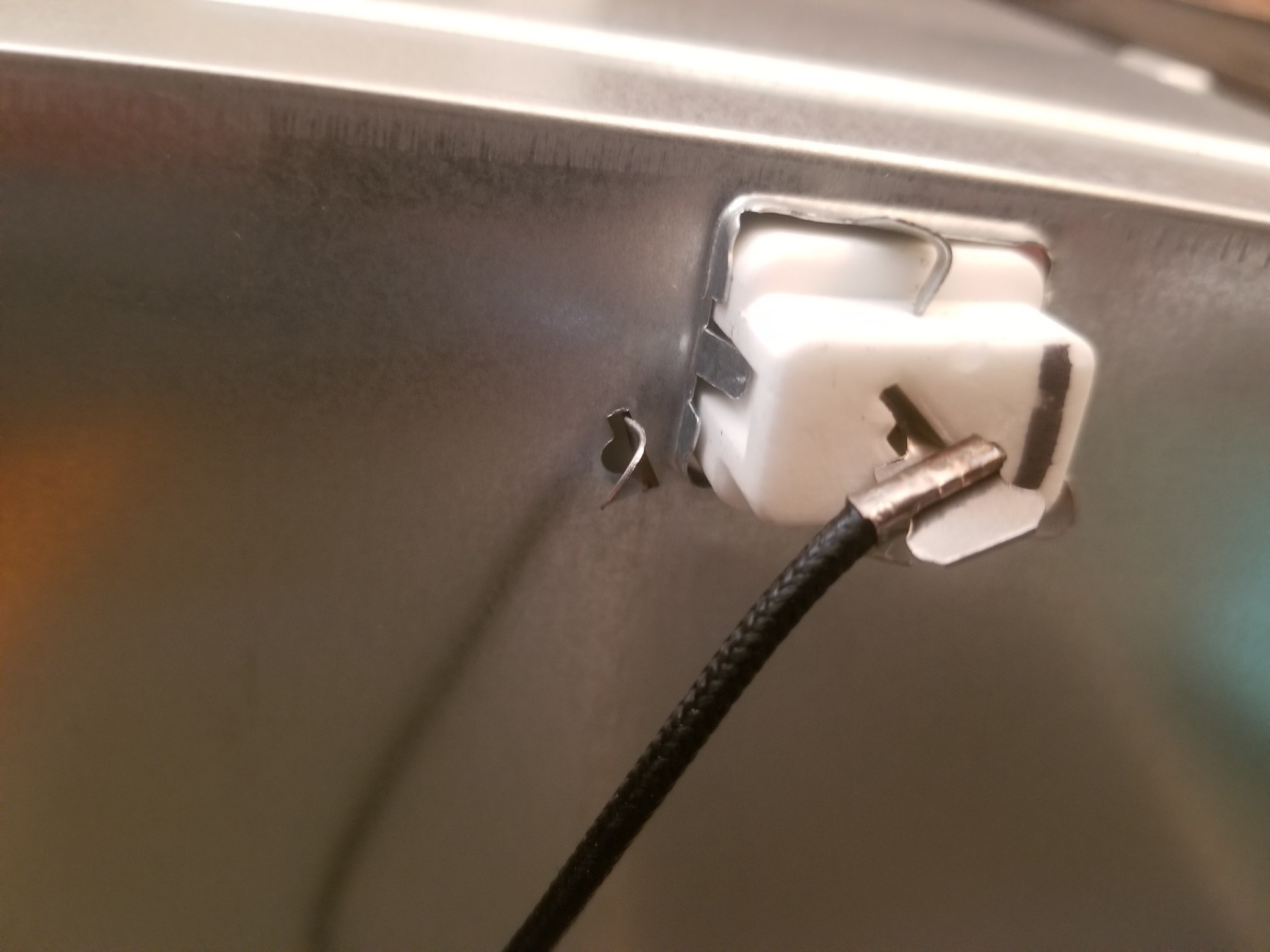 To do this, you will need to widen the 7/32" hole you drilled for the boost element in step #8 on the controller side into an approximately 13x20mm rectangle. You will also need to cut a similar (but slightly larger) sized hole on the non-controller side of the oven. On this side you'll have to be careful not to interfere with the door opening spring. 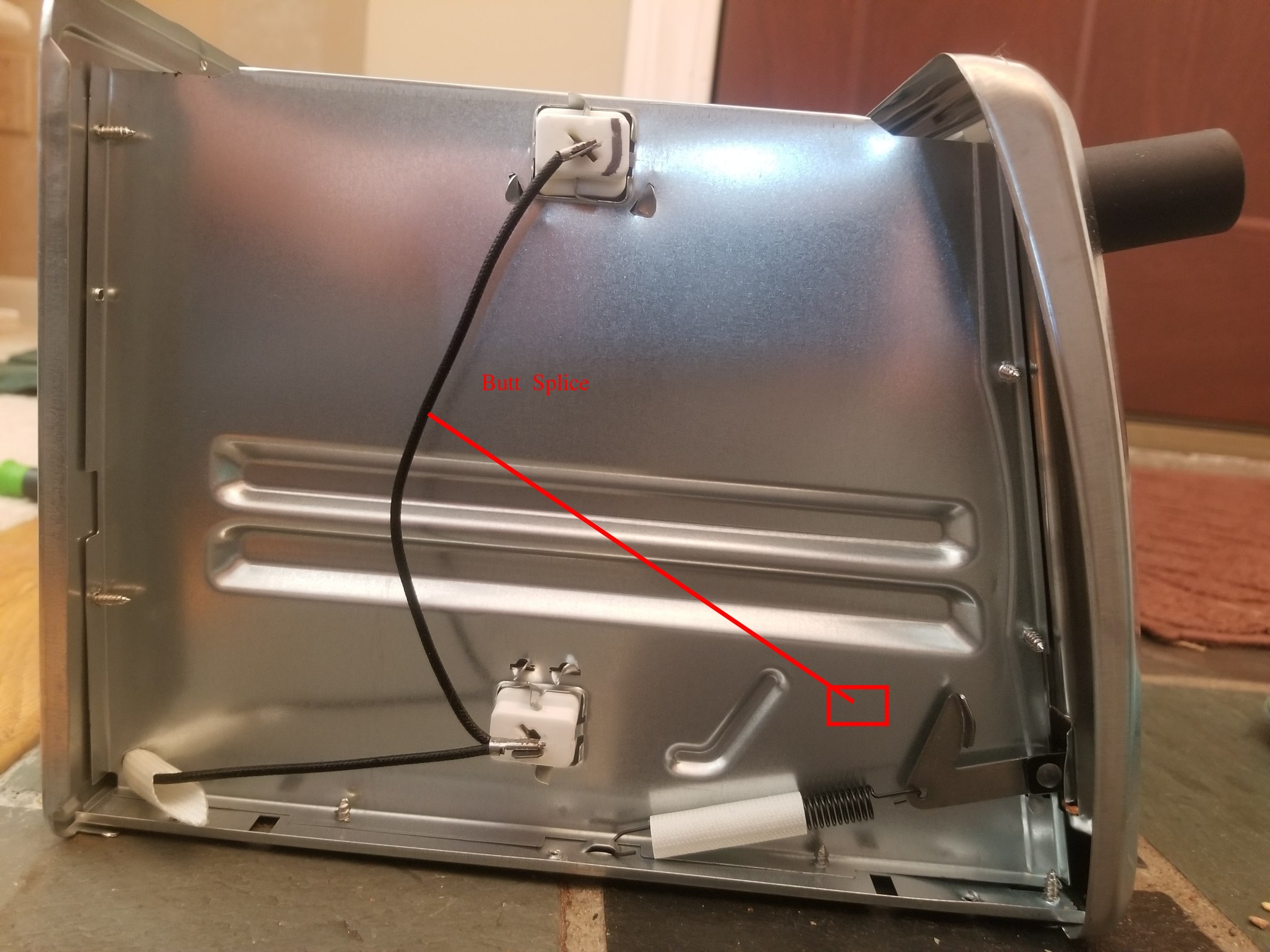 On the controller side of the oven, the transplanted boost element can be wired into the same SSR as the bottom element.